I spent a great deal of time staring up at the sky. It was a lovely way to pass the hours. There was something about passing planes that sort of mystified me; it was their mystery that enveloped me and roped me in relentlessly. Who was flying? Where were they coming from, and where were they going? When I’ve flown, I’ve always looked down upon the houses, the buildings, the little towns, and wondered who was there…what their lives were like, what they did, and if they were looking up at me, wondering who I was and where I was heading. So when I look up, there’s that inherent desire to travel with them, the lofty anticipation of having a destination, and the inevitable excitement and adventure that seems to accompany it. It’s the excitement that was the allure there…it broke the monotony of the computer screen and scattered it to bits. Planes represented excitement…and tugged my mind away from the off key melody of keyboard clicks. And as a professional dreamer, it was just what the doctor ordered.

There’s nothing quite like the feel of the early classics; the attention to sharp dialogue (even if it was laced with gooey mozzarella), the richly layered intensity of the orchestral scores, and the overly dramatic stage-esque acting style combined with a precision lacking in so many of today’s films. I set my sights on Hell’s Angels this morning, the 1930 Howard Hughes masterwork. Hughes, the notorious perfectionist and eccentric in later life, directed and produced the piece at a cost of nearly 4 million dollars, which was the most expensive film production ever made at the time. But I have to say that the money was well spent; the attention to detail and the immensity and daring creativity of the aerial combat shots made for an exhilarating viewing.

The story tells the tale of two brothers, Roy and Monte Rutledge, (James Hall and Ben Lyon respectively), and their high flying exploits as pilots in Britain’s Royal Flying Corp during WWI. Austere Roy contrasted with Monte, who was quite the lecher (Monte joined the corp just to get a kiss from a girl at the recruiting post), but the two went on to serve in the conflict. Roy is deeply in love with Helen (played by Jean Harlow), who isn’t quite who she appears to be, but his love for her plays a pivotal role in the story. The production was originally filmed as a silent picture, but the advent of sound technology led the crew to re-shoot most of the movie using this new technique.

Nearly 100 WWI pilots were brought in to fly the planes, with three of them crashing and dying during the filming. The film makes use of groundbreaking aerial camera work and features some of the most thrilling scenes of mock aerial combat filmed; the extent of the scenes is truly remarkable for the era, as quality WWI dogfights are a rarity. Had the film been made today, 90% of it would have been done with CGI, so it’s great to watch a picture with real guts and mechanics. An exciting film done in the old, big Hollywood style, it’s definitely worth a watch even if you’re not a fan of old war movies. If you are, you’d better get on it ASAP. 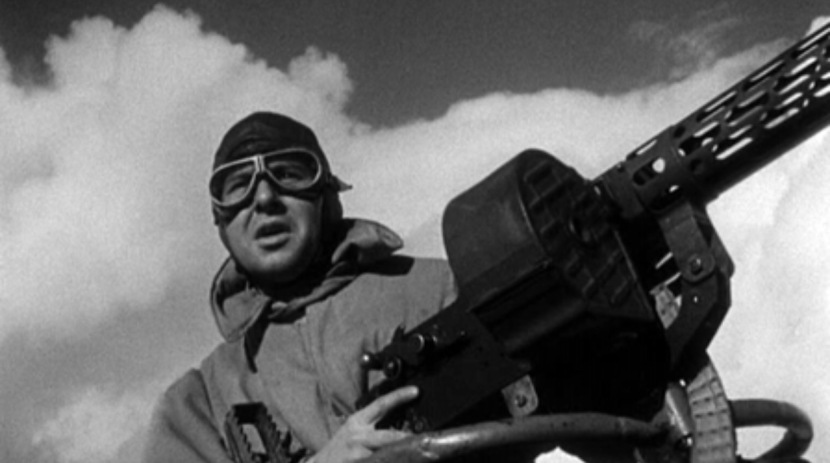