I’ll admit it; many of the spaces featured here each week are not quite (ok, not at all) immediately attainable for the normal folks like myself.  But…that’s where the daydream aspect comes into play.  However, it’s fun to feature more true to life spaces when I come across them.  This week’s space is just that.  Attainable, asthetic, fun, colorful, unique, creative, bold, and bright.  I threw all of those words at it because it is a great example of how a love of books can visually transform a room and provide deep character.  This is definitely a book lover’s room.  Let the daydreams commence.

Spectacular views.  That about sums it up for this week’s space.  I’m almost tempted to close it up with that…but not yet.  The enormity of the floor to ceiling glass beautifully exposes the sheer immensity of the mountains crawling up the surrounding countryside.  Views like that just tend to put every single thing into perspective.  Ok, now I’m finished….take a moment to enjoy the view.  Let the daydreams commence.

Light your fire, grab your coffee (or wine), snag your book…and cozy up to the warmth of this week’s great wintry space.

Sometimes you need to just stop what you’re doing, take a few deep breaths, and look up at the sky.  Let its colors cleanse the palette of your mind.  Put down the phone (unless you’re using it to read this post, wink wink), close the laptop, turn off the computer…or the TV…and relax.  Unplug.  It tends to put things into perspective for me…maybe it will for you too.  Best of days to you all, and thank you for reading. 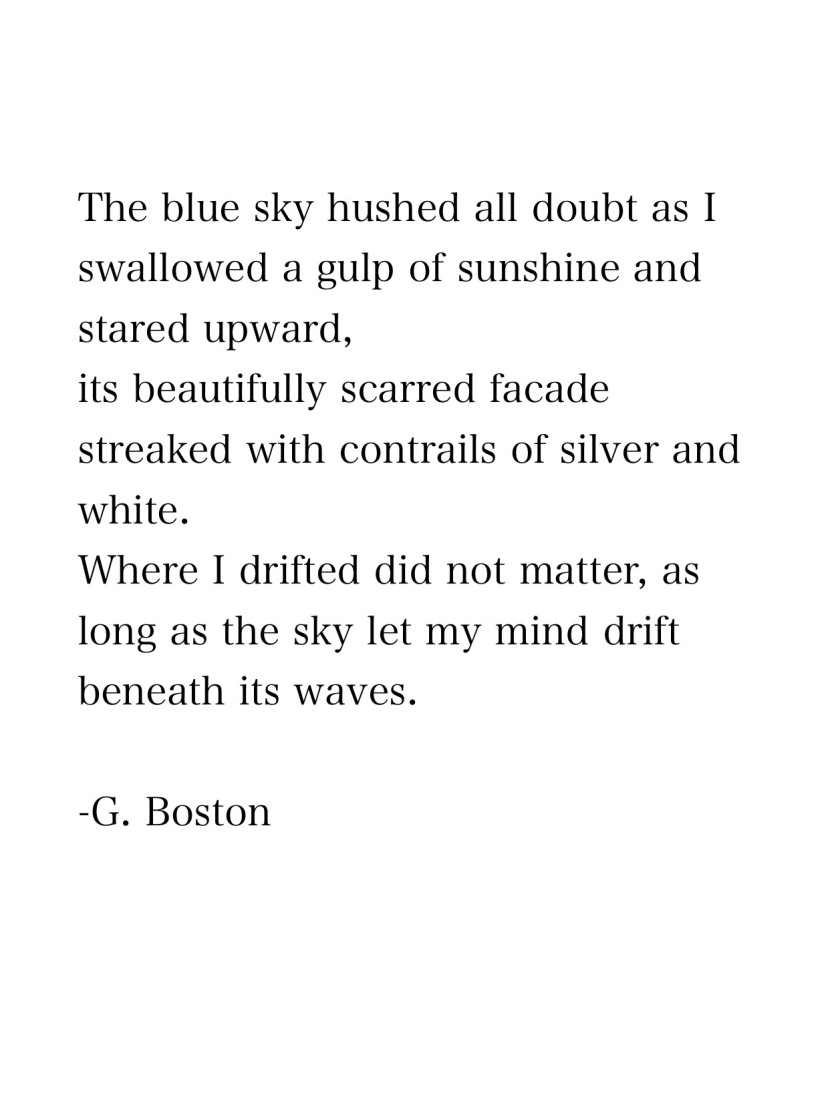 If you’ve visited this space before, you by now may be fully aware of the fact that I love to dream.  If you’re new to this space, welcome aboard!  Hey, I’ll admit it…I am a professional dreamer.  I love a good daydream.  Who doesn’t, right?  I have an incredibly vivid imagination, and putting that imagination to work is a fun challenge.  You know what I’ve noticed, though?  Dreams are nothing without action.  They are just (super excellent) thoughts trapped within our brain until we do something about it.  It really all comes down to one thing…how bad do you want said dream?  If it’s worth accomplishing, then it’s worth the effort.  Let’s keep on dreaming…but let’s not don’t forget to do.  Peace and love (and good daydreams) to you all.

I spent a great deal of time staring up at the sky. It was a lovely way to pass the hours. There was something about passing planes that sort of mystified me; it was their mystery that enveloped me and roped me in relentlessly. Who was flying? Where were they coming from, and where were they going? When I’ve flown, I’ve always looked down upon the houses, the buildings, the little towns, and wondered who was there…what their lives were like, what they did, and if they were looking up at me, wondering who I was and where I was heading. So when I look up, there’s that inherent desire to travel with them, the lofty anticipation of having a destination, and the inevitable excitement and adventure that seems to accompany it. It’s the excitement that was the allure there…it broke the monotony of the computer screen and scattered it to bits. Planes represented excitement…and tugged my mind away from the off key melody of keyboard clicks. And as a professional dreamer, it was just what the doctor ordered.

I had no real idea what I was doing.  I mean, I had a loose grasp of the general concepts, but the  actual execution was a different beast entirely.  The company tinkered with their methods and procedures so often that it was nearly impossible to keep up.  True proficiency was a fucking pipe dream.  Just when you got used to doing things one way, BOOM, they decided to change it up again…and for no good reason.  Their feeble and half-handed attempts at ‘training’, if that’s what you want to call it, were just a ridiculous ruse.  I literally had no idea what I was doing, and spent the bulk of every day winging it…and I did it for years.  Talk about disheartening; it’s the most depleted feeling inching your way to five o’clock blindly, in the dark, not knowing what the hell you’re doing.  For years.  Even after it’s been explained, because their explanations amounted to a fresh pile of zebra shit.    There’s a great line at the end of the movie ‘The Usual Suspects’, where Kevin Spacey’s character states “the greatest trick the devil ever pulled was convincing the world that he didn’t exist.”  I’ve gotta say, convincing this joint that I knew what I was doing, that I was a stand up, functioning employee, ranks up there with the greatest.